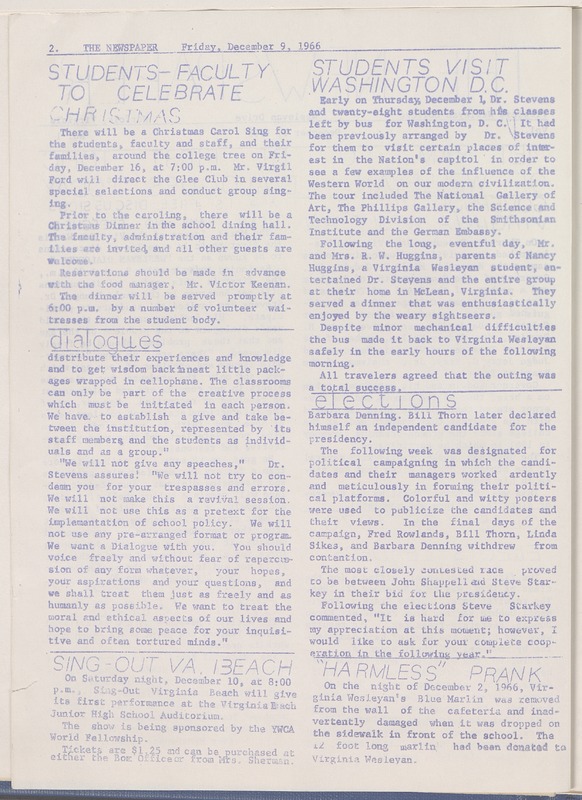 The first Virginia Wesleyan student newspaper, entitled, The Newspaper,  was issued on December 9, 1966. The column, "Wesleyan Dialogues," described the importance of freedom of speech. It was noted that dialogue should be expressed "freely and without fear of repercussion." It was believed by those on campus that discussion of problems in the world could be resolved if people with varying positions engaged through respectful and meaningful dialogues. 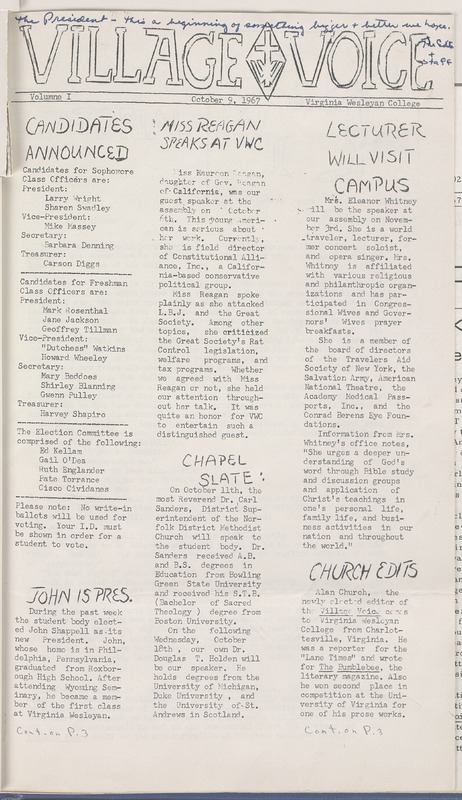 In the October 9, 1967, issue of the Village Voice, Maureen Reagan visited Virginia Wesleyan. Daughter of then-Governor Ronald Reagan of California, Maureen spoke against President Lyndon B. Johnson's Great Society Program, a program that attempted to attack poverty and was controversial for its use of federal government authority. The moderator of the program noted that "whether we agreed with Miss Reagan or not, she held our attention throughout her talk. It was quite an honor for Virginia Wesleyan to entertain such a guest. VWC felt a need to respect their guest even if there was disagreement over her critiques of the President." 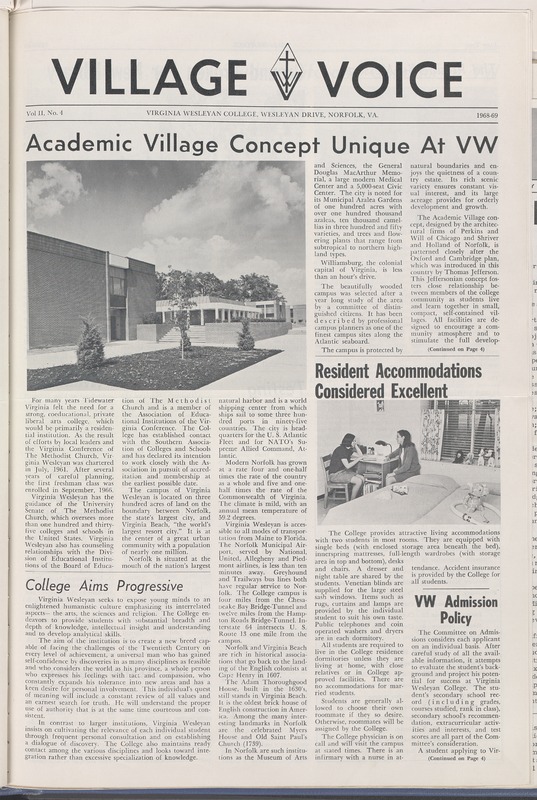 The "College Aims Progressive" article in the May 31, 1968, issue of the Village Voice, explains that Virginia Wesleyan wanted to expose young minds to a humanistic culture. The goal was to produce students well rounded in their education and who would learn about subjects in the arts, sciences, and religion. The institution wanted to develop a "universal" person who could express feelings with "tact and compassion" while expanding tolerance into new areas. 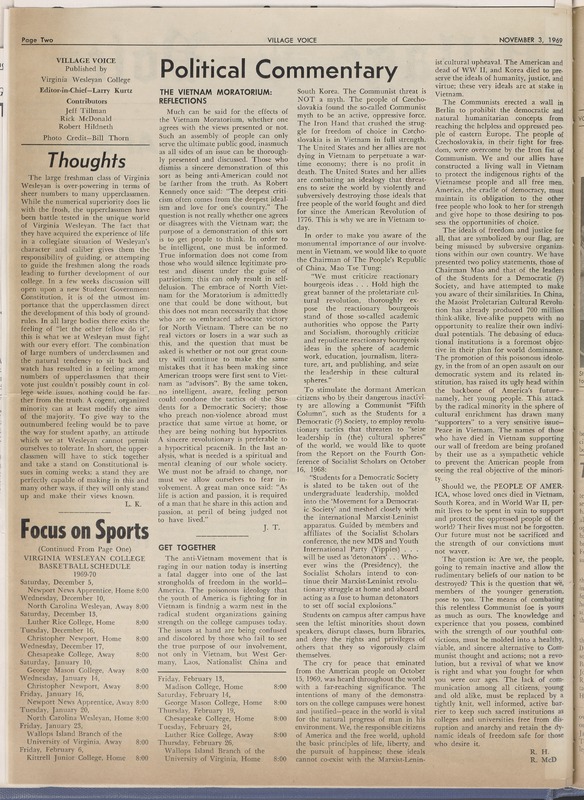 In the article, "The Vietnam Moratorium: Reflections,"  located on page 2 of the November 3, 1969 issue of the Village Voice, J.T. recounted an assembly that was held to discuss multiple viewpoints on the Vietnam War. J.T. noted that "Rather one agrees with the views presented or not, such an assembly of good people can only serve the ultimate public good, inasmuch as all sides of an issue can be thoroughly discussed." R.H.R. McD disagreed and thought Communism threatened the ideals that "free people" fought for in the American Revolution. For this author, life, liberty, and the pursuit of happiness could not co-exist with Communism and any group who believed it went against the American government. Freedom of speech was not so free in the author's opinion. 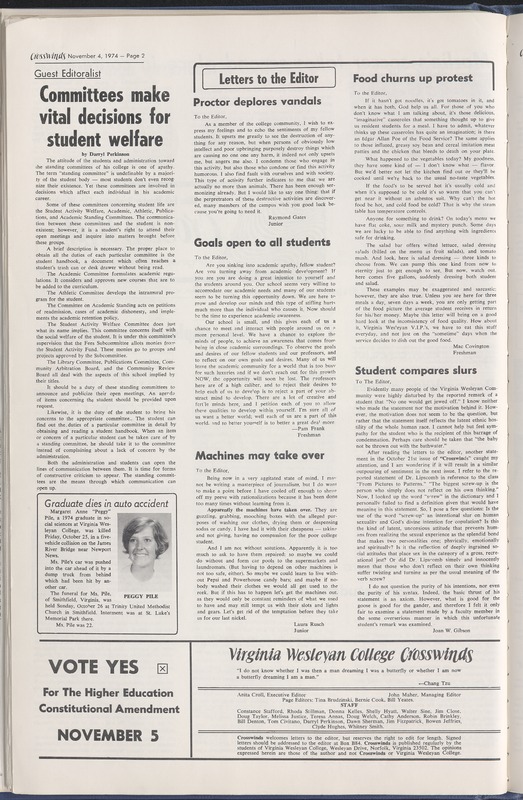 Joan W. Gibson, a student at Virginia Wesleyan expressed sorrow for a student who was told "no one would get jewed off" which caused great ire throughout the Wesleyan campus. She then examined a quote from Dr. Lipscomb where he says, "The biggest screw-up is the person who simply does not reflect on his own thinking." For Gibson, it was important to examine statements from professors as much as it is to examine words from students.

Actions by students →
Freedom of speech