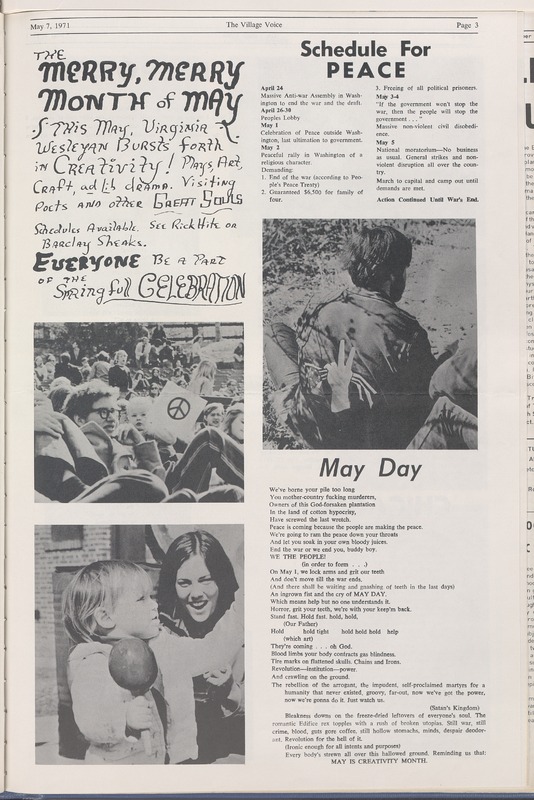 The May 7, 1971 edition of the Village Voice discussed a massive anti-war assembly in Washington that occurred in April of that year along with other peaceful events that occurred to protest the Vietnam war.

In November and December, Crosswinds reported that a Cypriot representative spoke in the science auditorium to present the Turkish-Cypriot views of conflicts between Greeks and Turks. Berl Cook, who reported on the topic, noted that Celik was reasonable for calling Greeks and Turks to co-exist on Cyprus. "Co-operation is a must which is why a federation is needed." 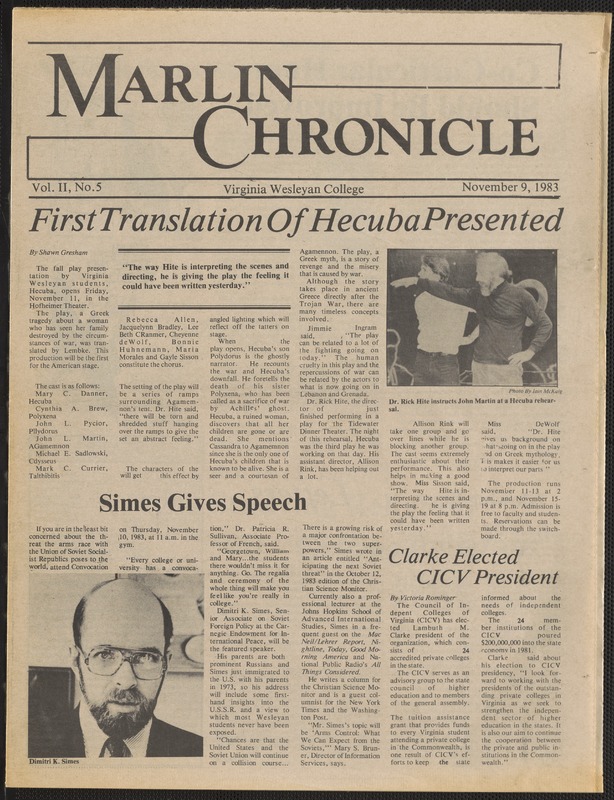 The November 9, 1983 edition of the Marlin Chronicle, reported that if people were worried about the Cold War, a conflict between the United States and Russia, they needed to come to Dimitri K. Simes' talk at the Convocation. Simes, Senior Associate on Soviet Foreign Policy at the Carnegie Endowment for International Peace, had parents who were Soviet immigrants to the United States. He believed there was a major risk of a confrontation between the two superpowers.